December 16, 2019 - January 25, 2020 | The Maurice Sendak Memorial Exhibition is a celebration of 50 Years, 50 Works, and 50 Reasons. This exhibition spotlights 50 original works by Maurice Sendak, who was an award-winning author and illustrator, most widely recognized for Where the Wild Things Are. Throughout his career, Sendak authored 22 books and illustrated 79 others.The exhibition has been on display in multiple cities and countries, including London, England; Toronto; Ontario; Houston, Texas; and Baltimore, Maryland.

Through our partnership with Hampton By Hilton-Charlotte in Gastonia, NC, visitors to the Maurice Sendak Memorial Exhibition will receive a special rate of $89 per night. To book your hotel accommodations, please click here.

Take a look at this commercial created by our GCPL Free Film Academy students for the Maurice Sendak Memorial Exhibition. Click here.

Maurice Sendak was the winner of the 1964 Caldecott Medal for Where the Wild Things Are and the only American illustrator to win the international Hans Christian Andersen Award (in 1970, for his body of work). He was a visionary figure in children’s literature. Mr. Sendak began by illustrating the works of others— including Else Holmelund Minarik, Randall Jarrell, Isaac Bashevis Singer, and the Brothers Grimm. By 1956, with Kenny’s Window, he was creating his own texts as well as illustrations.

Also a distinguished set and costume designer for opera and ballet, Sendak has designed productions of Mozart’s The Magic Flute, Janácek’s The Cunning Little Vixen, Prokofiev’s The Love for Three Oranges, Ravel’s L’enfant et les sortilèges and L’heure espagnole, Tchaikovsky’s The Nutcracker, and Oliver Knussen’s operas based on his Where the Wild Things Are and Higglety Pigglety Pop! In 1983, Mr. Sendak received the Laura Ingalls Wilder Award from the American Library Association, given in recognition of his entire body of work; in 1996, he received a National Medal of Arts in recognition of his contribution to the arts in America; and in 2003 he received the first Astrid Lindgren Memorial Award, an annual, international prize for children’s literature established by the Swedish government. 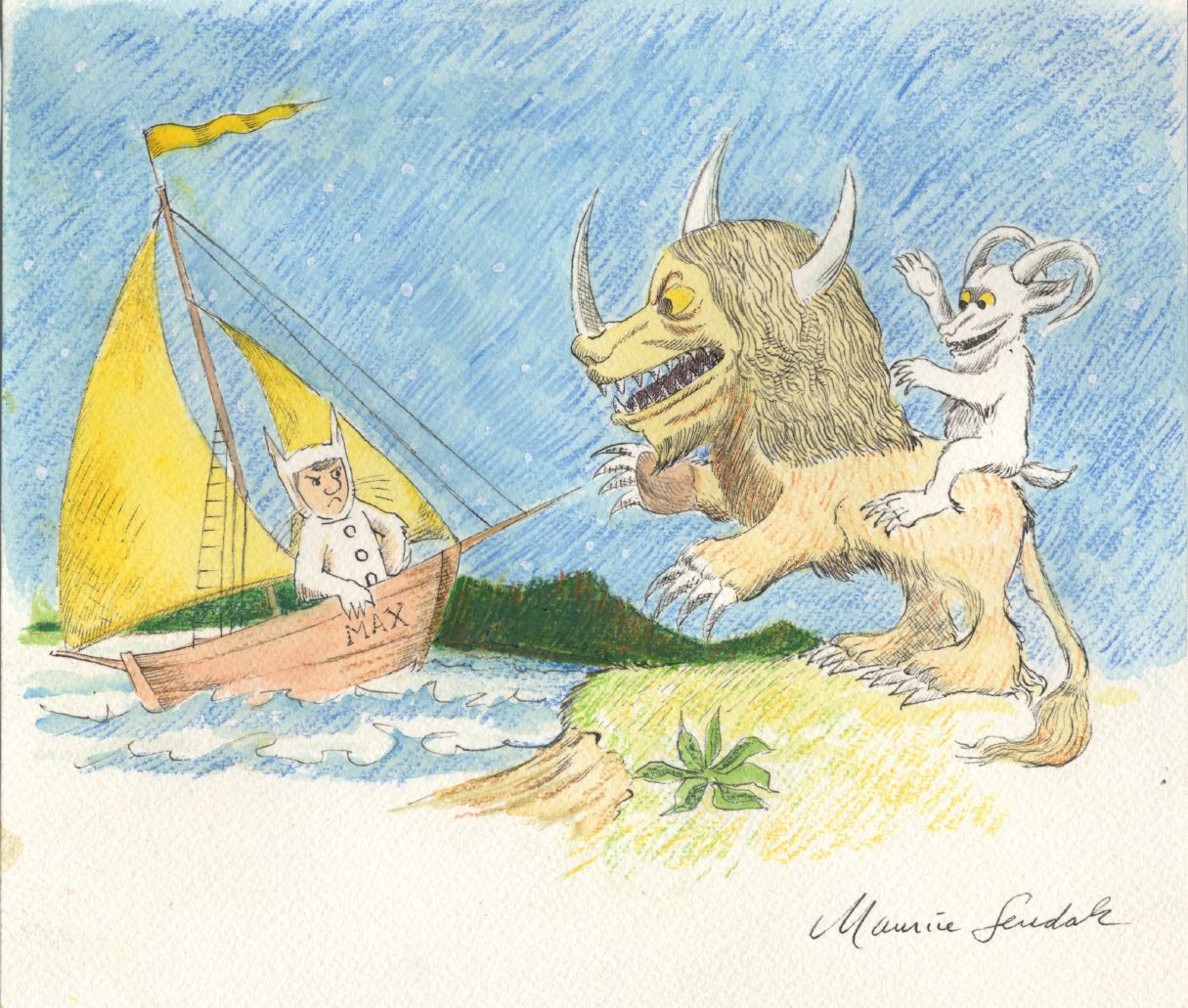 Special thanks to the lenders, to the exhibition, and to AFANYC for their support. We also want to thank the Friends of the Gaston County Public Library, along with these sponsors, for their support of library programming.